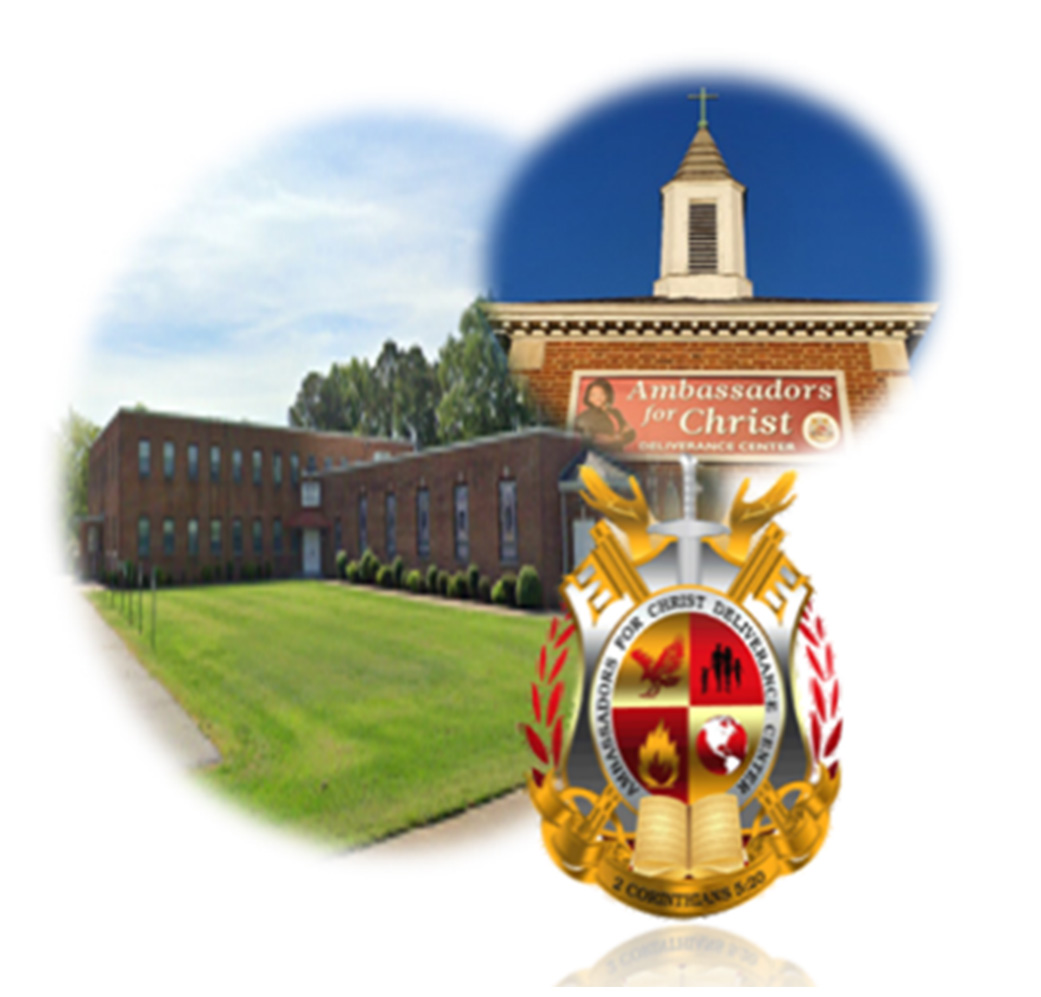 Ambassadors for Christ began in October of 2006 when a small group of people sensed God’s leading to establish a church in the Hampton Roads area. From a core of 17 people, who studied the Word of God and prayed together, a true church was formed. Kelly and Michelle Bowman were called to be their organizing pastors.

Desiring a simplified form of worship and adhering to the great biblical doctrines of the reformed tradition, the church committed itself to worship of God through expository preaching and teaching, corporate prayer, praise, worship, and community outreach.

Ambassadors for Christ’s first worship service was held on October 11, 2006, in the home of the pastors in Norfolk, VA. The first service was held on November 5, 2006, the day we moved into our first building. On November 26, 2006, the building was dedicated to Christ, Michelle Bowman was ordained as the Prophet of the house and appointed as the Residing Pastors of the ministry by their Overseer Apostle Frank Peebles.

Less than two and a half years later, God blessed Ambassadors for Christ with a larger facility. The dedication of the new sanctuary at 5465 Virginia Beach Blvd, Virginia Beach VA was held on March 1, 2009. The Pastors began to instruct and teach. The ministry began to grow with there being 1 Elder, 2 Evangelist and 2 Ministers sitting under the leadership along with several Deacons and Missionaries. On November 5, 2011, Prophetess Michelle was named Sr. Pastor. By January of 2014, and after being nominated and counseled by the Apostolic Council of VA, Pastor Michelle Bowman were affirmed into Apostleship and on January 25, 2014. October 1,2015 AFC relocated to 700 Newtown Rd, Virginia Beach, VA where the church worshiped for over 2 years. Ambassadors for Christ spent a year in a temporary location at 129 N Witchduck Rd, Virginia Beach, VA before purchasing the Church at their permanent location at 5520 Tidewaters Dr.

As of today, the remaining founding members are:

At Ambassadors For Christ we’re striving to become the kind of church described in the Bible—a church with relevant teaching, heart-felt worship, honest friendships, constant prayer, and compassionate care for those in need.

The mission of Ambassadors for Christ is to glorify God by…

G-iving Him our undivided worship.
R-eaching the world for Christ.
A-dopting them into our church family.
C-oaching them to spiritual maturity.
E-mpowering them for ministry. 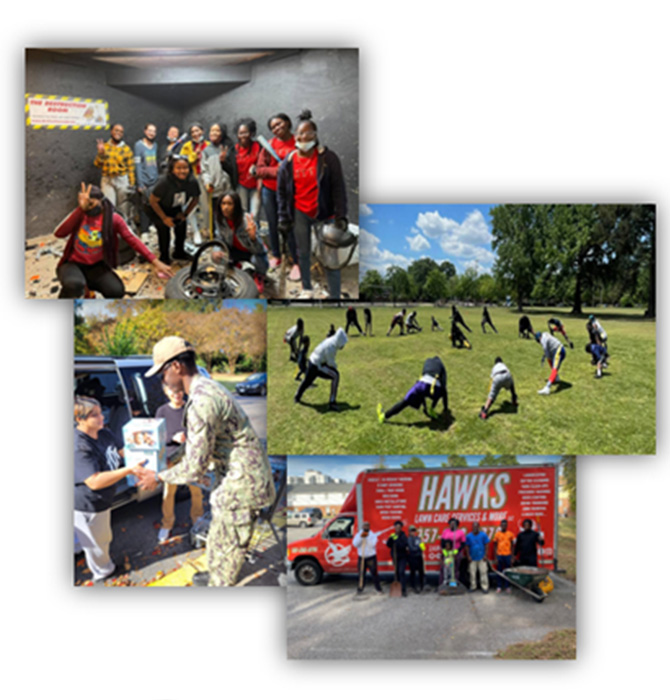 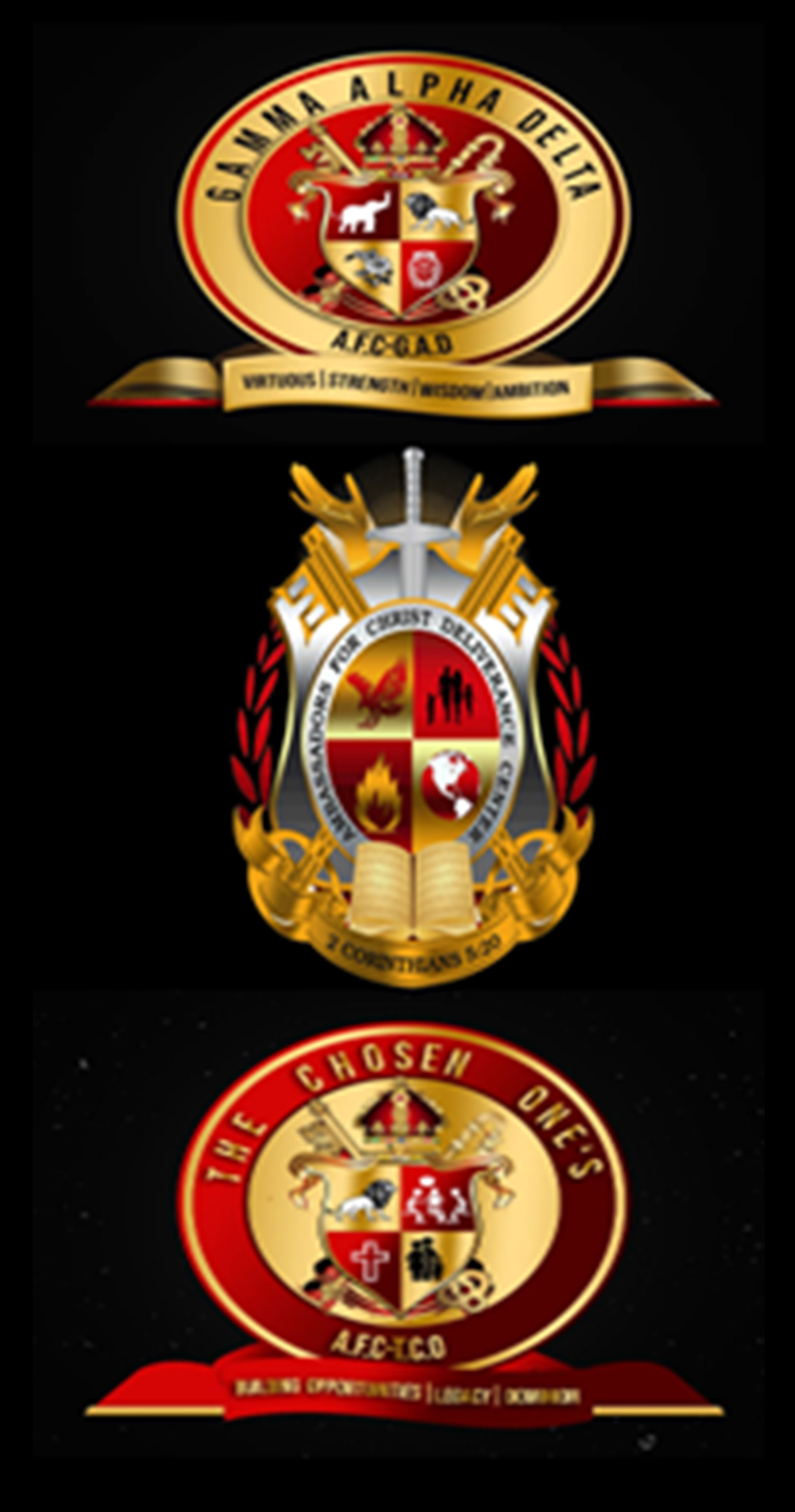 “And he said unto them, Go ye into all the world, and preach the gospel to every creature. We align all of our plans with the Word of God.” Mark 16:15

We purposefully equip people to become Spiritual & Natural Leaders sending them to make disciples of all nations. Church leaders are equippers, not event planners. Church leaders do not exist to provide services; they exist to serve people. Church leaders are not program-driven; they are people-driven. The success of our mission depends greatly on leadership training & development.

We organize our ministries and maximize our resources for rapid multiplication of the Gospel.

Everything we do at AFC we do ultimately for the sake of God’s glory in all nations: through all nations of people. We focus our energy here on Gospel ministry that transcends culture. We wisely and responsibly contextualize ministry methods in view of the culture around us

We focus all our resources on a straightforward process aimed at producing world-impacting disciple-makers. There are three primary activities in this there are four primary levels of support in this process:

In this process, we set free the people of God in the power of the Spirit of God to accomplish the mission of God for the glory of God.

We are the Church!

Your cart is currently empty.